For the past two days, I've been trying to keep a more detailed account of exactly what I do all day, because I want to try to put in more hours actually writing. Yesterday I actually got a lot of writing-related business done, and it seemed like a lot more after I wrote it all down.

I finished correcting the errors my translator sent to me for the Japanese version of Sushi for One, and I think the .epub file is almost ready to go! I already corrected the errors to the PDF file for the paperback format, too, so I might actually be able to release this book soon!

Thanks to my proofreader's Googling skills in Japanese, she found me a website article on the html code I can use to rotate a character 90 degrees in an epub, so I was able to correct some of the wrongly rotated characters that I couldn't solve with the Half-width Romaji keyboard output.

There were a LOT of errors in the ebook that hadn't been in the print book Word document. It was mostly some shifted html that made the furigana have errors in spacing. I think it's because I had to covert the Word document into a text file, and then Aozora converted that into the html files for the .epub. There was likely a problem somewhere in the conversion. I thought about going back to figure out where, but then decided not to waste time on that.

However, I did waste some time in figuring out how to convert the Word document into an .epub using Pages instead of Aozora. I think it results in fewer furigana errors in the html code. After I figured it out, I realized I didn't really need to know that right now since I'm already using the .epub I created with Aozora, but I did write down the process so that I'll have an easier time doing it later for the next translated book.

I do a lot of things now that I could have left for later! Why do I do that? Maybe I don't think through everything before deciding to start work on a task. I just think that it needs to be done and I'm in a mood to do it now, so I do it. But if I'd stopped to think first, I might have realized that it would be inefficient to do it now and put it off for later.

But that might be related to why Future Camy hates how Sprinting Camy leaves her things to do. If I see something wrong, I have a compulsion to fix it now so that I don't have to do it later. So when the question about another way to convert the Word document to .epub came up, or when I had the idea for the reader magnet, I decided to do it so that I wouldn't have to bother with it later.

I suppose it'll all get done eventually. I guess I'm just a little miffed that I was essentially pretty inefficient yesterday.

However, after doing all that, I managed to switch gears and work on brainstorming my next series, even though I'm still working on the current one. Ideally, I'd like to do the brainstorming and outlining while I'm writing this current series, and then have the outline almost completely ready to go by the time I finish writing this current series. That way, I can start writing the next series almost immediately.

That was all yesterday. I guess I should have posted this yesterday instead of today.

I also want to mention, I started blogging before doing my writing today, but I did it while starting a battle with Tambo, a large word count monster. I realized this is a good tactic to help me get started in my writing right after I finish blogging.

I enjoy blogging so it’s easy for me to jump into that and start a monster at the same time. But since I won’t defeat Tambo with my blog post, it forces me to start work. It makes it more effortless to start work since the monster is already running.

It’s like how when I'm writing and the scene ends while I'm still battling a monster, but I’ll start a new scene easily because the monster is still running.

I have a few large word count monsters that I'd like to defeat today on 4thewords.com, so I won't have the same time pressure I did with the smaller monsters and more difficult time limits. But I'm still going to try to write quickly, if only to defeat the monsters faster! (It's all about the monsters!)

I'm still trying to improve my writing pace, because even if I can write 6-8 hours a day, if my writing pace is only 500 words an hour, I won't be able to release my books in good time.

I realized while writing today that I kind of waste time in random ways. In the middle of one writing sprint, I stopped writing in order to reformat some character sheets because the formatting had gotten messed up. Why do I do stuff like that??? I'm such an idiot!!! But once I started I couldn't stop!

I did notice that sometimes I leave my desk and walk around, especially if I'm thinking, but I don't know why that would make such a difference. It's not like I'm going for a ten minute walk.

I wondered if maybe I was spending too much time trying to find the right words. Since I'm writing a historical, it takes me a little longer because I have to be more careful about language and the words I use. I'm not perfect about this, but I do try to only use words that were in use around the Regency period, so sometimes I'll have to stop to check the etymology of a word.

Other times, I want to look up a different word in the thesaurus because I'm being repetitive, and that takes time, too.

So I decided to try to only leave notes for myself to check words later. I know Future Camy doesn't like doing that, but I thought it might help me write a little bit faster.

The problem is that I have a hard time letting go of a word while I'm writing. I want to check it NOW so I don't have to do it later, or I want to check it NOW because it just bothers me. It's similar to how I have to fix typos as soon as I notice them because otherwise they'll bother me even as I'm writing, and I will sometimes give up and go back to fix a typo because it nags at me.

So I didn't have many notes to myself in my last sprint because I kept checking the words, and my writing speed was still less than 1000 words per hour.

I'm also not 100% sure it's the thesaurus and etymology checking that's slowing me down. There might be other things I'm doing as I'm writing and I'm not even aware they're a time suck.

Anyway, I'll continue to try to leave notes for thesaurus and etymology lookups.

It occurred to me that writing faster might simply involve figuring out what tasks I can leave to Future Camy that won’t cause the editing to be too difficult and cause procrastination. Maybe I just need to experiment with what kinds of notes I can leave for Future Camy while I'm sprinting. There have got to be some notes I can leave that won't make the editing difficult, and if I leave notes instead of fixing things myself, it'll help the writing go faster.

I'm also trying to build up my physical and mental writing stamina. The physical stamina is easier to build up. I stand as I write, so today I made an effort to sit and rest every hour so my ankles won't get swollen and tired.

I did better on the number of hours I could focus today. I wrote for 5 hours and 52 minutes, which is a big improvement! I also hit the stretch word count goal I set for myself earlier today.

I'd really like to build my writing speed up just a little so that I can get 8000 words a day. That's 1300-1600 words per hour, but ideally, I'd like those to be clean words that don't need a lot of editing. Why can’t I get that kind of speed like I did a few weeks ago?

However, I noticed I still take long breaks in between sprints. Part of it is that my ankles start to hurt, so I try to rest them enough that I can do another hour-long session. Other times I just have a harder time getting myself to start up again, even though a monster is running. Today, my monsters had super generous time limits, so I was looking at 2-3 hours left for the monster battle when I took my break, and so I found myself taking 20-30 minute breaks. Two or three breaks add up pretty fast. I have to be better about keeping my breaks shorter.

My takeaway for today: Writing faster might simply involve figuring out what tasks I can leave to Future Camy that won’t cause the editing to be too difficult and cause procrastination.
at September 28, 2020 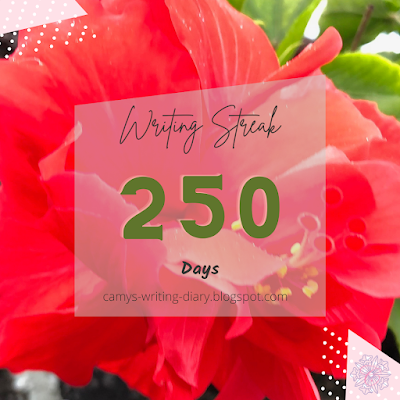 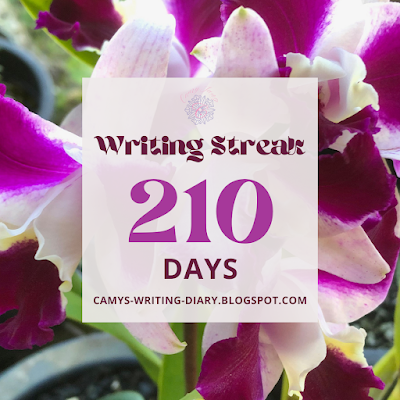 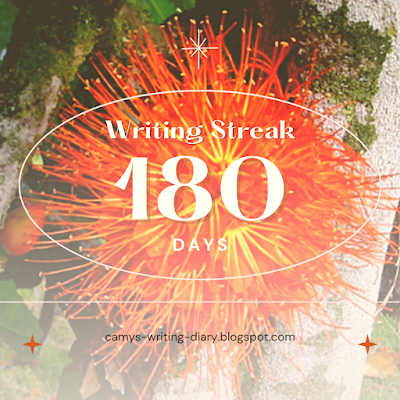 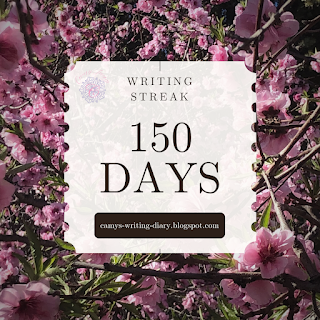 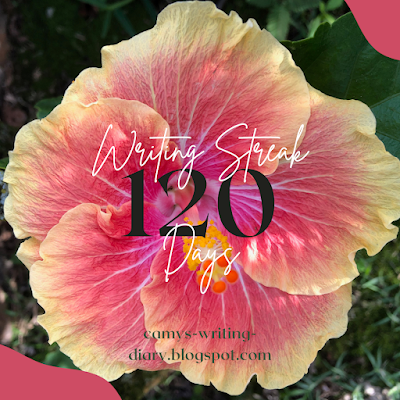 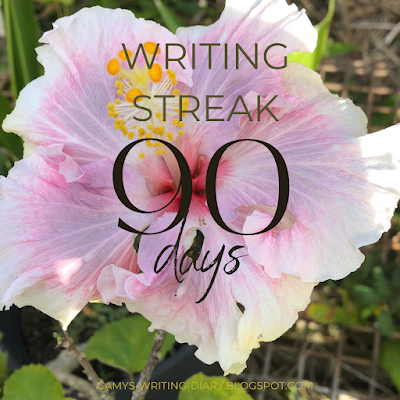 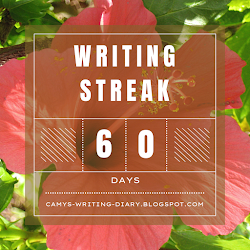 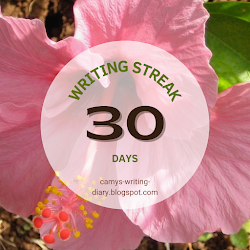